Is It Dangerous To Lose Weight Too Quickly? 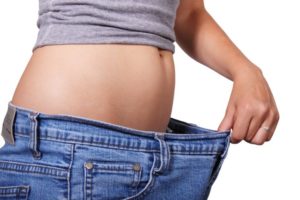 Losing Weight Too Fast Has The Potential To Be Dangerous

In certain instances, rapid weight loss has the potential to be dangerous. Keep in mind however that to reach this point of danger is quite extreme and difficult to get to even when intentionally trying to do so. The reason for this is that the human body is naturally built to withstand duress and a massive loss of fat in a short period of time without putting too much of a mental toll on a person. When it can get dangerous is in cases where individuals fast for several days (or even weeks) and continue to work out hard. This is one of the best ways an individual can burn fat quickly however there is a risk involved; you can potentially lower your blood pressure too much from the lack of calories and faint/pass out. As we eat less, we have the tendency to become more and more lightheaded. Adding rigorous exercise to the mix can only worsen this and can make losing weight too quickly very dangerous, especially if you don’t have a lot of fat stores.

While there are many instances in which weight loss became dangerous for individuals, these situations are very rare and most people aren’t capable of lasting that long without food anyways. It’s important to keep this information though in case you are ever close of reaching this dangerous point in your weight loss journey. For the vast majority of the population however, losing weight quickly is just fine.

Rapid Weight Loss In Most Cases

Even when doing something like losing 30 pounds in 30 days (which some may consider to be extreme), it should be relatively safe for the average person. The average person typically has plenty of fat stores to lose and eats enough food throughout the day to avoid any possible health complications. If your body fat is higher than 10%, it is unlikely that a dangerous level of weight loss can be easily achieved. However, if you are already quite thin and are working out heavily while also fasting or eating very little in general, it is in your best interest to be very careful in your fat-loss ventures.

Bottom Line: Be Safe, But Don’t Be Afraid

As we’ve already mentioned, the potential for danger when it comes to fast weight loss is there. But the chances of the average person reaching this point are quite slim and most people have nothing to be worried about and should try to lose weight as quickly as possible without any concerns. The concern comes into play mostly when we’re talking about a lack of calorie intake or fat stores. When your body does not have enough fuel to keep going and you are putting it through rigorous training, the opportunity for danger becomes greater.

Should You Use Hair Removal Creams?

Should You Remove Skin Moles?

Should You Consider Getting A Bigger Booty?

Should I Start Taking Testosterone Boosters?

When Should You Consider Skin Lightening?

Increasing Bust Size: Should You Do It?